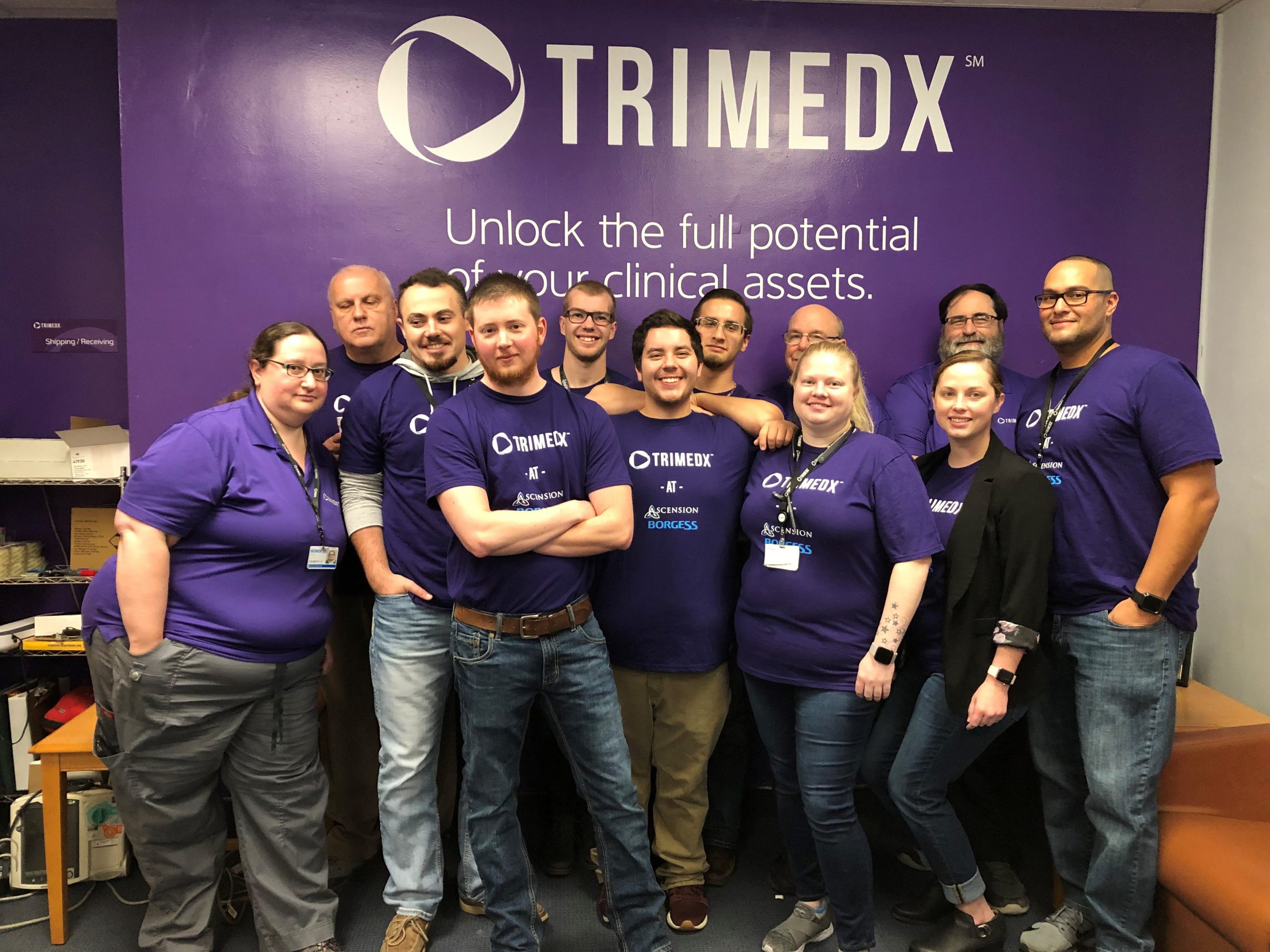 The Young Professional Award is presented annually to an individual under the age of 35 who exhibits exemplary professional accomplishments and a commitment to the healthcare profession. Along with meeting set criteria, the recipient must show engagement in the industry in a variety of ways and is a positive role model to their peers through examples of leadership and other core values.

“Receiving this award is a blessing and validation that I have chosen the right career that empowers me and allows my healthcare technology management fire to burn bright,” says Angela. “When I was in high school, I had an English teacher tell me ‘If you choose the right career that you are passionate about, you will never work a day in your life.’ I have been very fortunate to work for a company that sees my potential and gives me the opportunity to rise and thrive.”

Angela’s team has been recognized in 24x7 Magazine, and they share the same philosophy in helping and serving others first. Her team does whatever it takes to positively impact patient outcomes and to ensure those that care for patients have the tools they need. Her nomination came from three TRIMEDX colleagues: Billie Thurston (regional director, service North), Jose Rico (supervisor, clinical engineering) and Wesley Reid (supervisor, supply chain).

“I cannot think of someone more deserving of this award than Angela Bennett,” says Jeffry Ruiz, technology manager. “An example of Angela’s commitment to the HTM community is her work in the development and implementation of the West Michigan Biomed Society. This is no small task, and she has displayed strong organizational and positive energy in getting this Society established.”

Angela highlights the fact that she had leaders come before her who served as role models to her. She strives to exceed those expectations each day. “If I am half as successful as the women leaders in my life, I will consider myself lucky to have followed in their footsteps and blaze my own trail for my future. I am also lucky and fortunate to have such an amazing team that motivates me every day and supports me as their leader and partner.”

Billie Thurston, regional director for Michigan in service operations, says Angela has made an extreme difference with biomedical groups on the Michigan’s west side. “She has taken it upon herself to make a difference by creating the first western Michigan biomedical society group and has spoken at conventions representing our company.”

Angela’s goal to make a difference and live up to the TRIMEDX core value is something she holds close. She wants to positively impact someone she each day, whether through a simple smile or knowing she and her team did their best. And she hopes to pass along the experience she has been able to garner to others.

Jose Rico touched upon Angela’s outgoing and cheerful demeanor, along with her willingness to take the lead on projects such as upgrading a patient monitoring system. “She took charge and made sure it was a smooth transition for the hospital.”

“Angela is a true leader, motivator and a role model,” says Jose. “She has taught me a lot, and I continue to learn from her. She is the prime example of manager for which I strive to be in the future.”