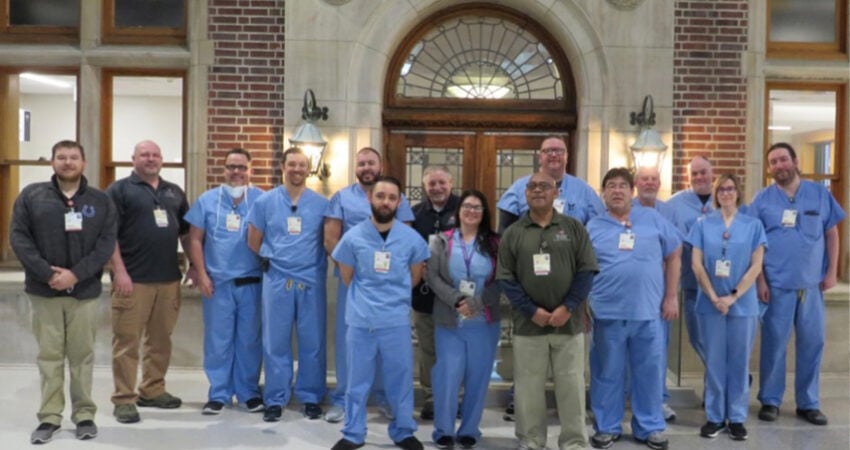 The clinical engineering team at Riley Children’s Health might be a behind-the-scenes team operating out of the basement, but the group’s work took center stage recently during the opening of Riley’s new Maternity Tower. The 15-member team was honored recently as winners of the TRIMEDX team values award of excellence for helping to orchestrate and facilitate the massive move involving team members and equipment from IU Health Methodist Hospital and Riley.

TRIMEDX manages the clinical engineering department at Riley and other IU Health hospitals, in addition to hospitals around the country. “We were happy and proud to see how the team took ownership,” said Lisann Goodin-Burton, systems director for clinical engineering. “This team continues to serve with compassion and deserves to be recognized as one of the best for its effort and commitment to excellence.”